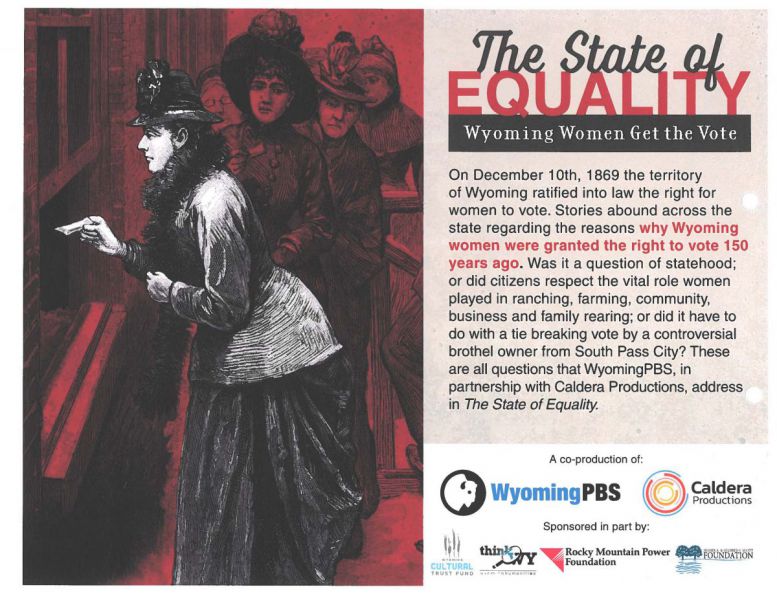 Two documentaries by Caldera Productions, LLC, of Lander, Wyoming, have been nominated for top 2020 Emmy Awards by the Heartland Chapter of the National Academy of Television Arts and Sciences.

“The State of Equality”, which tells the story of Wyoming’s world-leading role in recognizing the right of women to vote, was nominated for best historical documentary. As the nation celebrates the 100th anniversary of the 19th amendment to the U.S. Constitution affirming women’s suffrage, audiences watching “The State of Equality” learn that women were voting in the Wyoming Territory 50 years before that, thanks to legislation proposed by a saloon owner from the gold boomtown of South Pass City in 1869. The documentary is a co-production of Caldera and Wyoming PBS, based in Riverton, with grant support from the Wyoming Cultural Trust Fund. 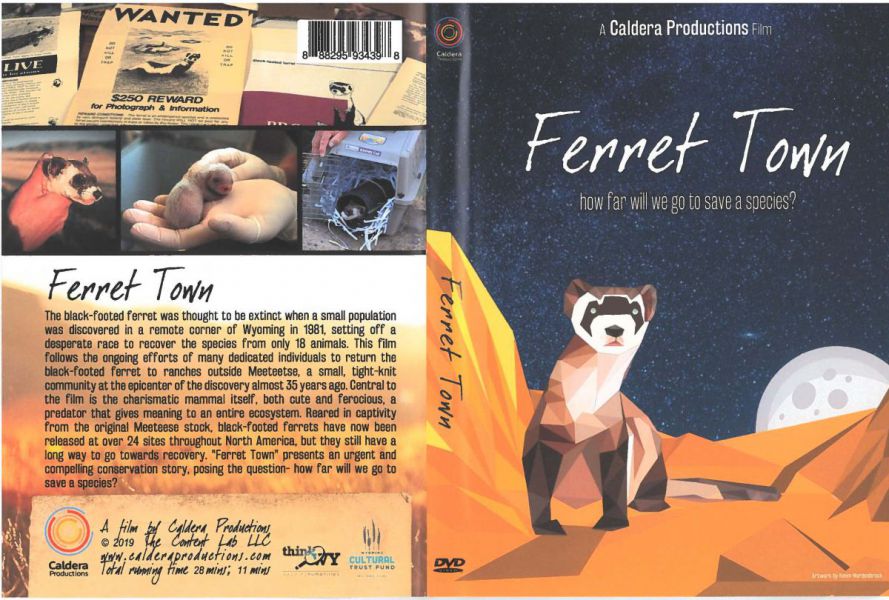 “Ferret Town”, about the recovery in the wild of the black-footed ferret, once thought to be extinct, has been nominated for best feature among environmental subjects. The documentary short tells the dramatic story of the ferrets precarious fight for survival amidst the prairie dog towns near Meeteetsee, Wyoming. In addition to the Emmy nomination the film has been awarded 8 official selections at film festivals in the U.S. and Canada. Director Virginia Moore notes the importance of telling conservation success stories to “underscore the role we all play in ensuring that no species goes extinct.” "Ferret Town" received grant support from the Wyoming Cultural Trust Fund.

In addition, “The State of Equality” nabbed a nomination for best musical composition and arrangement. The original music for the documentary was composed and orchestrated by Anne Guzzo, from the University of Wyoming.

About the Emmy nomination “The State of Equality” Producer Sophie Barksdale feels incredibly proud that the film is being recognized. “We had only a year and a half to produce an hour-long documentary,” said Barksdale, “To research it, shoot it, find the archival material, edit it, score it, and get it up on the screen. It was an incredible effort.” And, “It was an incredible honor to produce this film and raise awareness of the history of women’s suffrage. We involved as many women as possible in this project, both in front of the camera, and behind the scenes. Representation matters.”

Producer Geoff O’Gara, the president of Caldera Productions, thanked Wyoming PBS for launching “The State of Equality”, and cited the hard work of the project team, particularly Producer Barksdale, Director of Photography Kyle Nicholoff (of Wyoming PBS), Virginia Moore, Rose Steller Burke and Gina Colovich. “We had a big story to tell and a small staff that never quit,” says O’Gara.

The Emmy award winners will be announced on July 25. Both “The State of Equality” and “Ferret Town” can be viewed online and via DVD purchase at www.calderaproductions.com and www.ferrettownmovie.com.